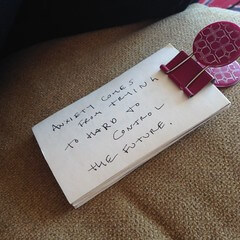 Between a rock and a hard place

I didn’t want to write another sad post, because I feel like I’ve done that a fair amount recently. However, because I’ve been quiet on here lately and on Twitter, I wanted to say why. It’s not because I don’t care or don’t have much to say. It’s just that it’s hard to find the mental space to write down how I’m feeling.

For the past few weeks, I feel like I’ve been running on adrenaline, trying to keep on top of issues at home. It’s an ongoing saga, and I’m continuously chasing up the flooring people. At this point, we have a fresh levelling compound poured. Now we’re waiting for the flooring fitter to return to do the necessary priming.

Out of the blue on Monday morning, I had a phone call concerning Mr Bunny’s father. He has been in the hospital a couple of weeks with a serious heart condition. In the early hours of Monday, he suffered a stroke. This was a shock, as Mr Bunny has only talked with his dad over the weekend. His dad seemed in good spirits, despite knowing he was going to be in the hospital sometime.

Now he’s been transferred to another hospital. It’s an hour away from the original hospital. He needed to undergo a mechanical clot retrieval. When he woke up he was still unable to speak or move his right side. This has left his wife distraught. She’s unable to visit him as she doesn’t drive. Her granddaughter has been to see my father-in-law, and he was responding well but is understandably frustrated with not being able to verbalise himself.

The road to recovery will be a good 5-6 weeks we expect, with speech and physiotherapy. Up until he went into hospital in August, my father-in-law was still at work full-time. He should be retired as he is over 70. I’m in contact with his wife and she has a lot of mixed emotions- guilt, sadness and anger, as well as anxiety. Having felt these emotions myself in the distant and recent past, I’m listening to her and I identify with a lot of the sentiments she expresses.

My husband is very much like his father in some ways. I did mention to her that acknowledging these emotions is a good thing, but ultimately they need to be dealt with and challenged so that they do not take over. Having been to therapy in the past year, I talked about how we can learn to accept our emotions, and learn to not struggle with them. Instead, we can sit with them awhile, and let them go as soon as we can.

It’s an anxious time, as we wait to hear about my father-in-law’s condition and recovery. Not only that, but the world has changed momentously in the past 10-12 months since Covid-19, Brexit and the #BlackLivesMatter movement. We cannot control the future, only how we respond to it. I’m attempting to prepare myself for a difficult few months ahead. While I’m trying to remain as positive as I can for our family’s sake, I have realistic expectations that we will all be on a roller-coaster of emotions. We just have to brace ourselves for the ride. 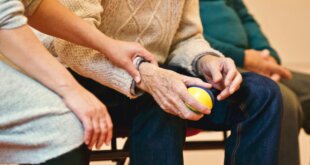 I want to be naughty, but I have no sexy ‘partner-in-crime.’ 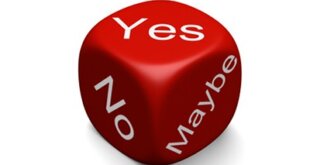 Yes/ No/ Maybe – I can change my mind at any time. 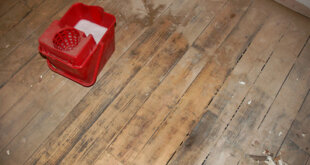 This week I’ve been cleaning up the dust. And pulling my hair out.

This week has been one from a nightmare. On Monday, our builder returned for the …